Untouchables: How Celebrity Culture Has Infected the Church 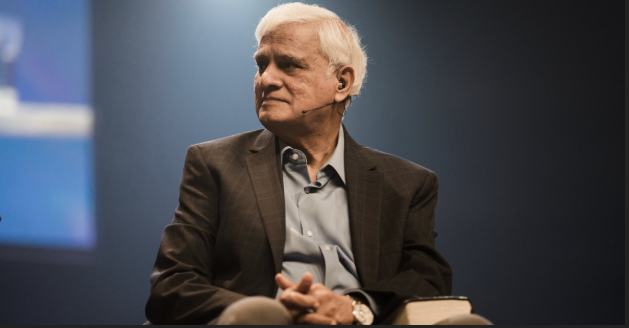 This is not about light shows or Circ-de-Soleil-esque performances alongside the worship band. Nor is it about hustlers in tight shirts behind pulpits talking about one-hundred-fold blessings if you give "God" your paycheck.
​
​That's too easy.

The only thing more heartbreaking than hearing about well known leaders in the Christian community "falling from grace" is knowing that discernment was lacking and warning signs were ignored.

As you have heard by now, RZIM founder and world renowned apologist, the late Ravi Zacharias, was recently found to have owned day spas, pay young women for sex and much, much worse.

In April of 2017,  a letter filed by a lawyer requested 5 million dollars of "hush money" for damages. As RaviWatch.com reported:

"The letter accused Ravi of using Mrs. Thompson for his sexual gratification, in violation of his duties as a minister. The letter's author, Mark P. Bryant, of the Bryant Legal Center in Paducah, KY, demanded $5 million in what can only be characterized as hush money.
The letter is not legally persuasive. But it makes an explosive claim. Mr. Bryant claims to have an email from Mr. Zacharias in which he threatened to commit suicide ("bid this world goodbye") if Mrs. Thompson told her husband about their relationship."

Ravi in turn sued the woman and her husband for extortion.

Even after this incident, and as Ravi reportedly spent ministry funds on condos in Bangkok (one for his masseuse) and day spas, where he apparently solicited his victims, RZIM leadership apparently did not discern that something may have been amiss with their beloved founder. Although allegedly, one staffer raised concerns about the traveling masseuse but to no avail.

A recent investigation initiated by RZIM revealed that the woman in the lawsuit was in fact, one of many victims of Ravi Zacharias' maleficence.

In 2014, Ravi Zacharias received backlash. Some on social media questioned his spiritual condition after he spoke at an ecumenical event at the Mormon Tabernacle in Utah. His speech admitted that reincarnation is insufficient for salvation but failed to address the Mormon's denial of Jesus' deity and adherence to a different gospel.

One Evangelical speaker at the event apologized that Evangelicals have "sinned against" and "demonized" Latter Day Saints for their beliefs. He went on to talk about the wonderful friendships he had formed with Mormons, then encouraged Evangelicals to attend a service to honor Joseph Smith.

For those who would argue that Ravi and the other pastors' affirmation of the event was a 1 Corinthians 9:22-23 situation, perhaps they should read about Mormon beliefs. Additionally, I contend that this view does not align with Romans 16:17 or 2 Corinthians 6:14.

It was clear to some that Ravi Zacharias' attendance at the Mormon temple event may have been symptomatic of a deeper, spiritual issue. Murmurings began to surface that perhaps his beliefs were skewed more toward philosophical anecdotes for a good moral life than the Bible.

Now, should we be hasty to judge? No. But we also need not hastily dismiss claims of unsound doctrinal beliefs or misconduct because it involves those we admire.  When shady reports emerge regarding a leader with a public ministry, it is the Body's duty to investigate and respond accordingly...publicly, with the hope that repentance and restoration will commence.

As Sola Scriptura is to the modern church, judging is to our society. Unpopular.

But this should not be the case in the church. Believers are tasked with addressing sin or even talk of sin in the church,  not outside the church.  Yet, that is precisely where much of our attentions lie.

This is a cause for celebration--for Satan.

Much like the culture around us, those in the church (universal) who are unwilling to ignore smoke in the distance are met with personal attacks, deemed hateful and divisive, then bludgeoned with Titus 3:10 in an attempt to silence them.

Just ask Julie Roys and others who have recently dared to question John MacArthur's ministries.

Ravi Zacharias is not the first and unfortunately won't be the last celebrity (sadly this is a thing) in Christendom to be outed for living a life of  debauchery, greed, and lawlessness. But why do we pretend this sort of thing isn't happening in church? Scripture is clear that it is a reality.

Not only are we altogether astounded at the mere thought, but seem quick to cast aside any unfavorable allegations in order to keep our revered leaders exalted regardless of what 1 Timothy 3 tells us.

​And I thought "thou shalt not touch God's anointed" was for those crazy Charismatics.

While it's easy, and I dare say, self-aggrandizing for some to make sport of picking apart low hanging fruit like Kenneth Copeland and Creflo Dollar, we should not forget that there are tares in our own house who pride themselves on seamlessly blending in with the wheat.